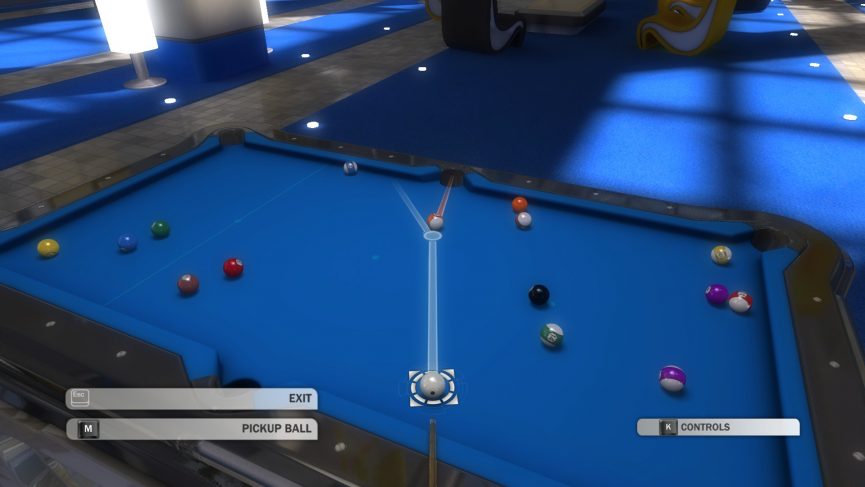 This week my friend Jason and I decided to play game of Pool Nation rather than Snooker Nation which made for a good change of pace.

While Pool Nation is in many respects similar to Snooker Nation, the sensitivity is much higher which took time to get used to. I also forgot that there is a mechanic where you can hit the cue ball off the table. I believe this mechanic extends to being able to strike the cue ball in such a way it will bounce over a ball, although I did not try this. Pool Nation does have some AI players as pictured below, apparently most of them need to wear glasses – they look more like poker players to me but whatever. Just like Snooker Nation however, the AI is terrible and is rather pointless beyond getting used to the controls. Pool Nation is also much more buggy than Snooker Nation. In one of the first frames Jason managed to pot a ball on the break, which is not unusual in pool. The game however somehow decided this was a foul and gave me a 2 shot advantage. It is possible that Jason pocketed the cue ball, but for us both to miss this, it is rather unlikely. Occasionally the game also locks up by telling us that it is our opponents turn and neither of us can take a shot – thereby forcing us to restart the game. This actually happens with Snooker Nation too, but less frequently.

I do like the fast pace and the variety Pool Nation brings to the table, but I have to say for me Snooker Nation is a far superior game.