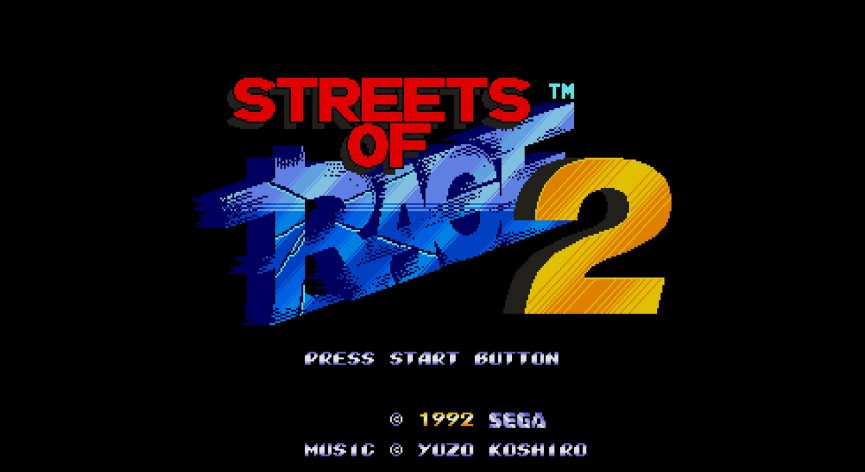 Recently I have acquired a new game for my Playstation 4 called ‘SEGA Megadrive Classics’ which includes 50 classic Megadrive games.

When I was a boy, around the age of 8 or 9 I was given a second hand Megadrive which came complete with a variety of second hand games. One of those games was Streets of Rage 2.

The idea of the game is very simple, you choose one of the four available characters who each had a set of abilities or ‘moves’ and you try to complete each stage (level) which would get progressively harder. At the end of each stage there would be a difficult boss to fight who, eventually, especially on the final stage, would work together to try and prevent you from getting to the end boss known as ‘Mr. X’.

Streets of Rage 2 very quickly became my favourite game and I would quite literally spend entire weekends playing it. I can almost remember the feeling of beating the game for the first time, albeit having to use the ‘continue’ function which reset all of your points. I also remember playing it with a friend who lived on the same street and having arguments when we would get in each others way.

Eventually, after playing the game for so long, I mastered it. I knew the best way to defeat each boss and I knew what to expect in every scene. Surprisingly, after all these years, I have found that I am still pretty good and seem to remember most of what I had learned playing the game as a child. I beat the game, without using the ‘continue’ function on normal difficulty with ease and got a high score of 697760 with my favourite hero, Axel. There was also a bronze Playstation trophy (achievement) for completing the second stage without picking up any items. After beating the game I decided to give it a go. It was very easy and I managed to do it on my first try.

I am looking forward to playing some other classic gems with SEGA Megadrive Classics. I have seen Streets of Rage 1 and 3 but also a number of Sonic the Hedgehog games for which I also have fond childhood memories.