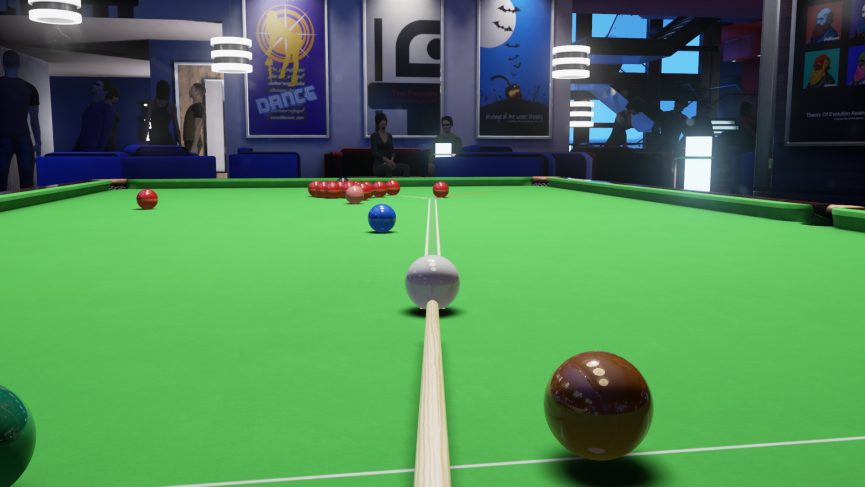 This week of Snooker Nation has not been good for me. Jason managed to win 4 frames to 0 in a best of 7. As a matter of fact, in the entire match, I only had one opportunity and only managed to pot 1 ball.

Because the match was so one sided, there is very little to write about. Jason played exceptionally well. In the first and second frame Jason won with high breaks but no century, there was however an element of luck, especially in the second frame when he very nearly potted the white and a few shots later nearly potted a red as well as a colour. As for the third and fourth frame, a little luck, but mostly really good, solid play. Jason managed to get a break of 122 in the third frame, eventually missing the final pink which is a shame since he could have ended on 135. In the final frame Jason managed to clear the table with a break of 124.

It is hard to sum up my performance when I did not really have the opportunity to play. I guess you could say I played badly, because I missed my one opportunity and in the final frame I messed up a safety shot. To be honest, being 3-0 down after seeing my friend play so well, I was kind of tilted.

Really looking forward to week 5 where I will try to make amends. Hopefully I get to pot more than 1 ball!