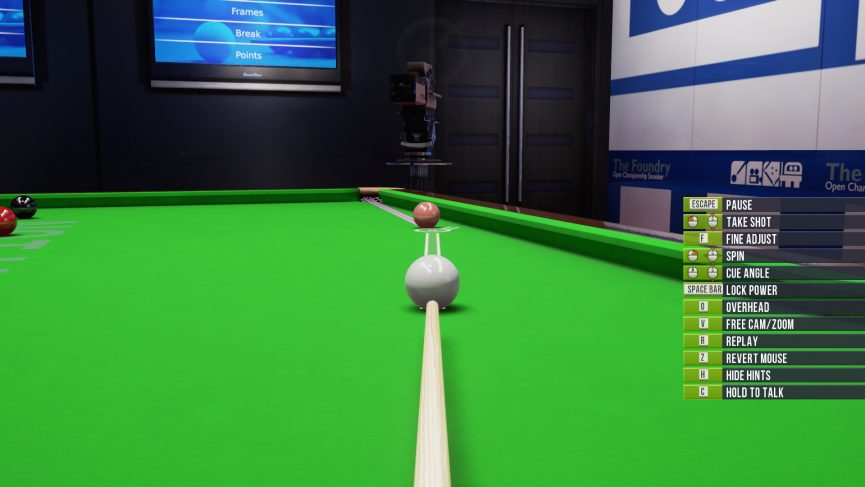 Last Friday my friend Jason and I once again found the time to play Snooker Nation. We did not have too much to talk about so decided to play a best of 9 rather than the usual best of 7.

I managed to secure victory 5 frames to 3 and I must say I think I played really well. In the first frame I potted 12 reds and 11 blacks giving me a break of 89 and while the break itself is not very impressive, it was a good run to possibly securing my first 147. I missed the 12th black with great disappointment but I am for the first time thinking that a 147 break is achievable for me.

In the 4th frame I had the only century break of 107 but I let myself down. After potting the black I thought that there were no more reds left on the table and positioned myself to pot the yellow. There was however 1 more red in the baulk end of the table (which I snookered myself on) which left me looking rather stupid. With there being the potential of another 35 points, it is not inconceivable that my break could have ended 142. Even if I potted the red and the blue, that could well have been a break of 140 which would have beaten my current record.

At one point I lead 4 frames to 1 and to his credit, Jason managed to pull it back to 4 frames to 3. In the 8th and final frame Jason even had a healthy lead but missed a pot which gave me the opportunity to play for a re spot. The odds were not in my favour but somehow I managed to score all of the points available. Thankfully it was me who could take the first shot when the black had been re spotted and I managed to pot it without also potting the white (yes this has happened to me).

To be fair on Jason, he played well, especially considering he was clearly very tired. Although being a good sport, he did not use it as an excuse.