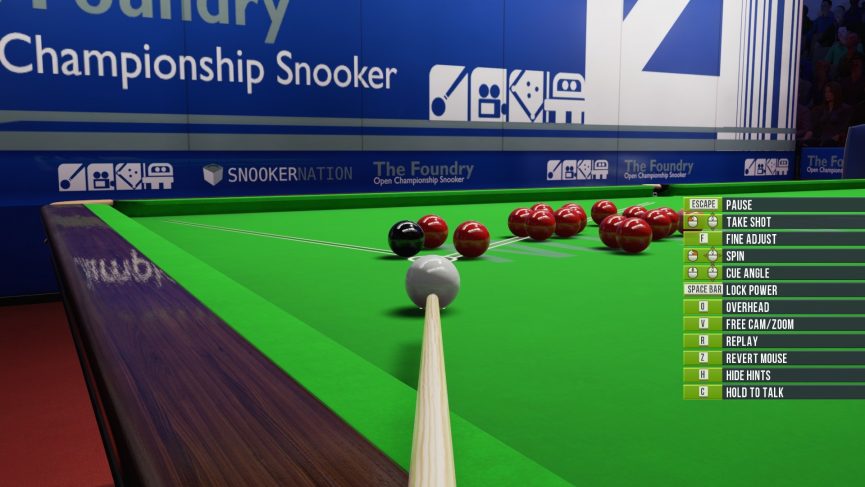 Last night my friend Jason and I made the time to play another round of Snooker Nation in a best of 7. This time Jason managed to beat me 4 frames to 2 and played really well. Overall I thought we both played well other than a few silly misses on both sides. I just happened to have made 2 – 3 more of those mistakes in which Jason was able to capitalise.

The second frame Jason was 64 points ahead with 67 left on the table and he missed a red. I started to make an excellent come back but missed a relatively easy pink which, if I had got it, could well have seen me pinch the frame with 65 of those 67 points. To say I was disappointed would be an understatement. The 5th frame was rather scrappy, the balls just ended up in such awkward positions. Towards the end however, Jason managed to do very well to free up some of the balls and secure the win.

Neither of us managed to get a century break this time around which was disappointing, especially as we both had numerous opportunities. What stood out this week is that we helped each other, offering sound suggestions and advise. We do this most weeks, which for me it highlights how we like to see each other do well and that it is not all about winning, but about having well mannered fun. That’s not to say we do not want to win, we both have a healthy competitive nature in everything we do.

As always we are both excellent victors and losers, congratulating each other on a good game played, followed by some random banter.

This week I lost because Saturn was not fully aligned with Uranus which altered the magnetic field of earth slightly. This meant there were micro EMP charges around my mouse, causing me to miss key shots. That’s my excuse and I am sticking to it.