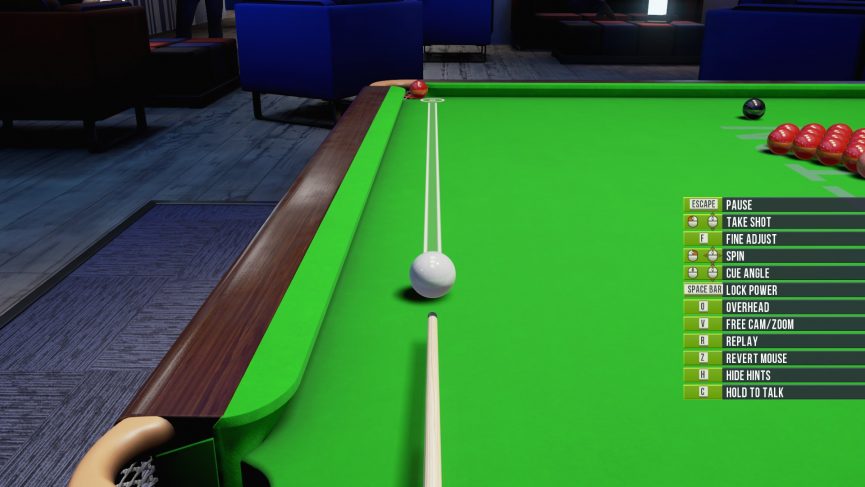 My friend Jason and I live on different sides of the Atlantic and as such we try to set aside some time once a week to Skype and catch up on each others lives. During this typically 3-4 hour Skype call we also set aside some time to play a game together. Currently, that game is Snooker Nation.

In my view Snooker Nation is possibly the best snooker game on the market, powered by the unreal engine, the game has some decent much needed physics for a snooker game. While the game does have flaws, all in all, I would recommend this game for any two people who like snooker. If however you are unlikely to find someone else to play the game with you, I wouldn’t bother, the AI is terrible and is only good for getting used to the game and for practising. The games developers, Cherry Pop Games, have also produced an older pool game using the same unreal engine called, you guessed it, Pool Nation. Unfortunately however, for both of these games, Cherry Pop Games no longer seem to provide support or updates to address some annoying bugs, mostly found in multiplayer.

This week I won 4 frames to 3 in a best of 7 which I am very pleased about, especially as at one stage I was down 2 frames to 0. I also managed to get the only century break of 101 in frame 3, although both Jason and I got very close with breaks in the 80’s and I believe Jason had a break of 99 at one point. We have had some really scrappy games in the past but last night was a different story, we both played really well.