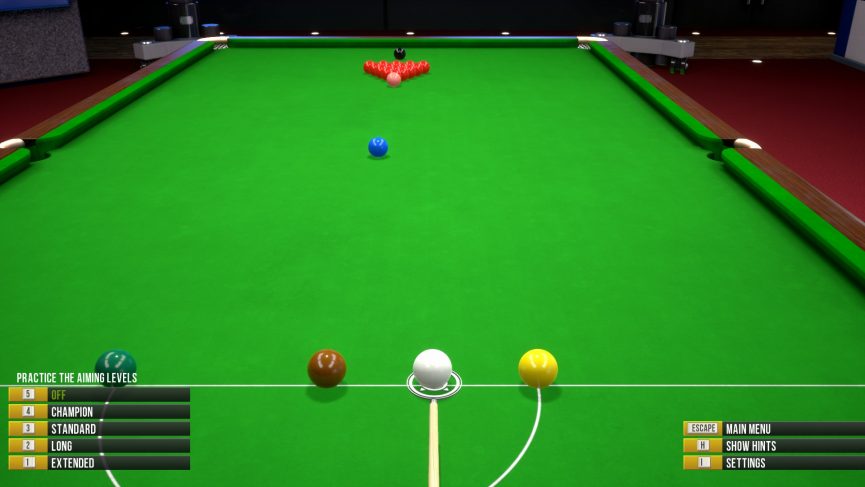 It seems that after nearly 3 years, the developer for Snooker Nation, Cherry Pop Games, decided to release a content patch for Snooker Nation and have changed the name to Snooker Nation Championship 19. This, without a doubt, is a planned response to the release of Snooker 19, a game which Jason tried shortly after the games release a few weeks ago.

I have mixed feelings about the patch improvements, but for the most part I am fairly pleased. The main change is in the mechanics and physics of the game, which now uses the latest unreal engine. There is a black disc which indicates where the cue ball will end up, assuming it does not come into contact with any ball other than the target, which we have called ‘the black hole’. It’s harder to judge the power you are hitting a target ball, which we both like, it’s good to be given a new challenge and mix things up a bit. We can also strike the ball much harder than we used to and can even make balls bounce or go off the table. I am not sure if the new physics is necessarily better or worse but they are certainly different, which is welcome.

In a best of 7, Jason won 4 frames to 3, breaking my win streak. We both played what would ordinarily be terrible shots, but considering the changes, I think we did pretty good. Jason adapted quicker than I did which in part earned him his victory. Unfortunately however, neither of us managed to score a century break.