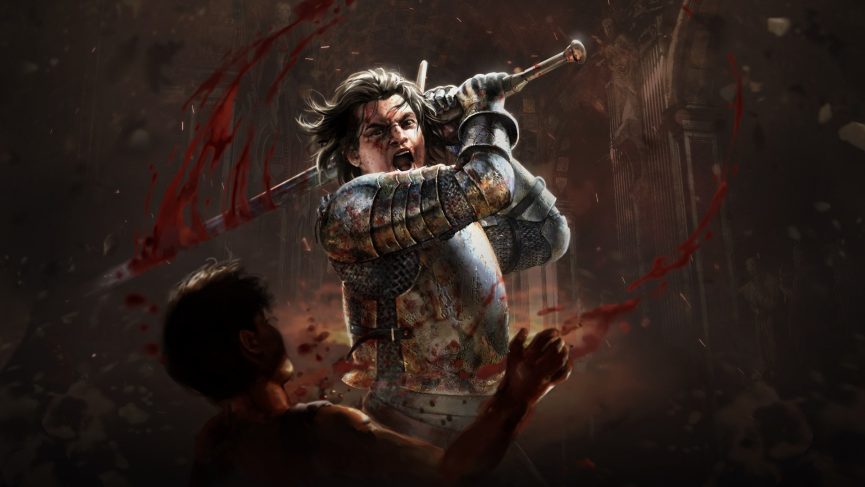 Over the past couple of days I have been trying out Path of Exile, a free to play RPG (role-playing game) developed by New Zealand based company Grinding Gear Games.

Path of Exile was released in 2013, I remember briefly trying the game out a number of years ago after Kripparrian, a successful streamer and Youtube personality started playing it. To this day Kripparrian speaks very highly of the game and still plays it on occasion.

Like Diablo, Path of Exile is a dungeon crawling game, where you pick and play a character in order to complete quests, explore dungeons and obtain loot. What makes Path of Exile arguably better than other dungeon crawler games is that your character and the items it uses are highly customisable. There is a huge skill tree in which you add points as you level your character, making it more powerful each time. This system reminds me of the sphere grid in Final Fantasy X, it even looks the same. 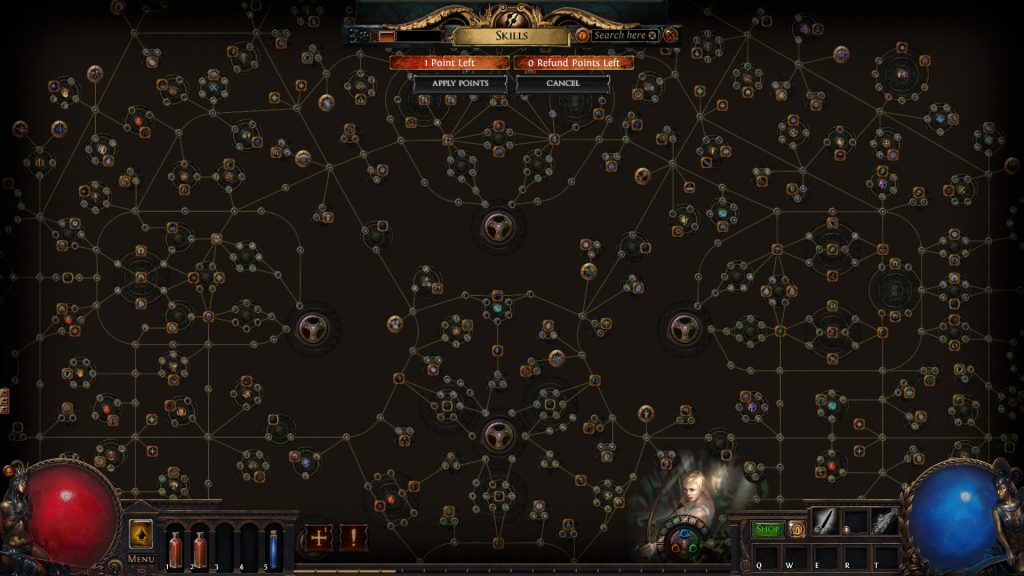 As well as this there are gems which you socket in your weapons and armour. These provide spells and abilities and will level up becoming more and more potent with each level. This reminds me of the Final Fantasy VII materia system. Like with materia in Final Fantasy VII, you can even link the gems together, providing additional benefits. Assuming the armour or weapon has slots which are linked.

The world is broken up in to acts with way-points to fast travel to different zones. This is very similar to Diablo II and III, as is having scrolls to identify items and open portals to take you to town where there are vendors and a place to keep a stash of items you’re not currently using. 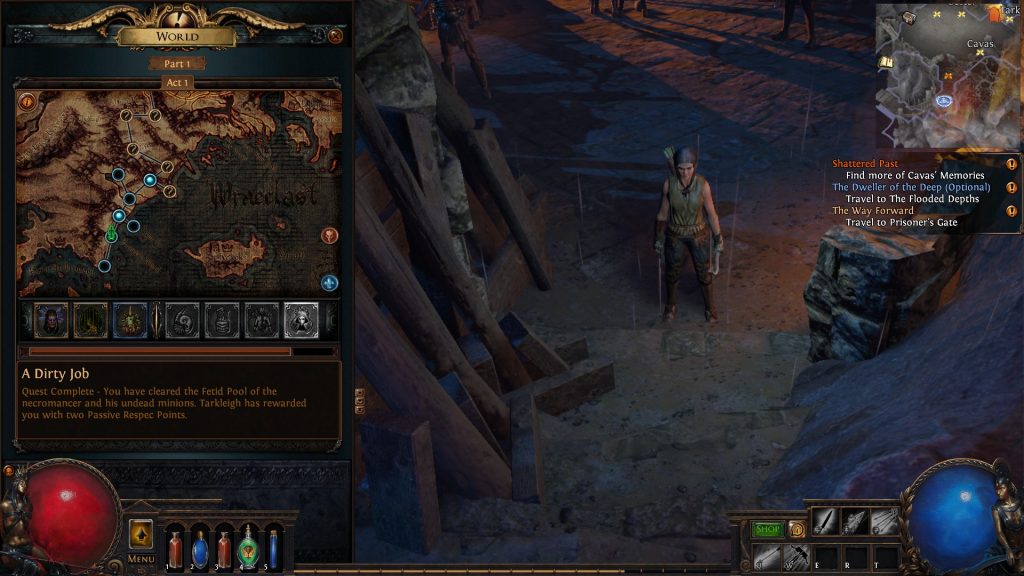 Path of Exile is probably the best free to play game out there, assuming you have a taste for dungeon crawler RPG’s. I even think it is better than EVE Online when it comes to being free to play, which is hard for me to say. There is a micro transaction system in Path of Exile, but as far as I can tell, it’s only for cosmetic items and is not used as a ‘pay to win’ or even a ‘pay to get an advantage’ game, unlike many others which are free to play.

I really do not know if I will be putting aside the time to play Path of Exile fully, but I do intend to give it at least another day or two of my time, just to see where it takes me. The only problem I am faced with now is what to play it on? Path of Exile is available for the PC, Playstation 4 and Xbox One but is not cross platform compatible, which is a great shame.