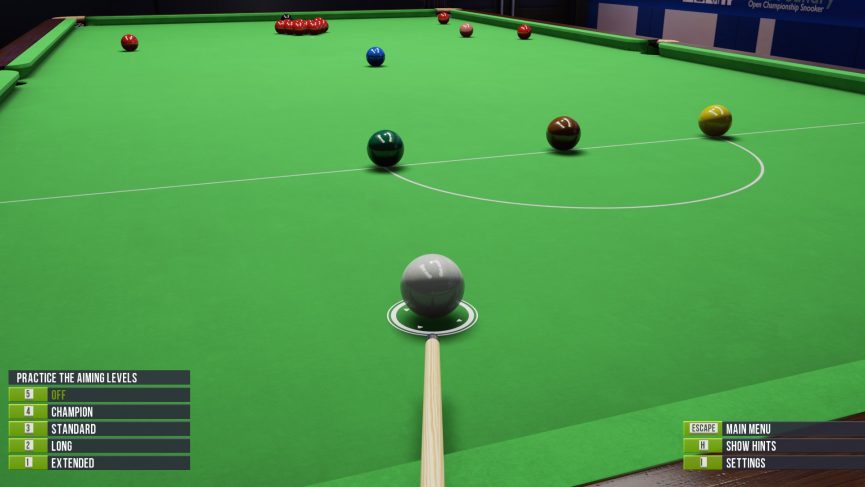 In the week my friend Jason tried and tested Snooker 19. It was decided that it wasn’t the game for us and he got his money back. As such, we played another week of Snooker Nation.

This week we played a best of 9 which I won 5 frames to 3. At one point I was trailing 3 frames to 1 but managed to win 4 frames in a row which was nice. There were two century breaks, Jason got 101 in the first frame and I also got 101 in the 3rd frame. There were numerous opportunities on both sides to get more century breaks but I for one was pretty tired, I just couldn’t focus and was easily tilted.

What was annoying is that the game sort of crashed 3 times before we could get our match going. Each time Jason would be potting balls but the game would stop him and somehow think it was my shot. It would then allow me to play a shot, without aim, and then not allow either of us to play another shot. Quite frustrating really, we have seen something like this happen before but 3 times in a row is very odd indeed.

I am disappointed Jason and I didn’t play Snooker 19. I guess we will take another look in several months time and see if there are any improvements. Overall there is a mixed bag of reviews on Steam, but according to Jason, it’s not worth buying right now, especially as he could not see a way we could play online together.