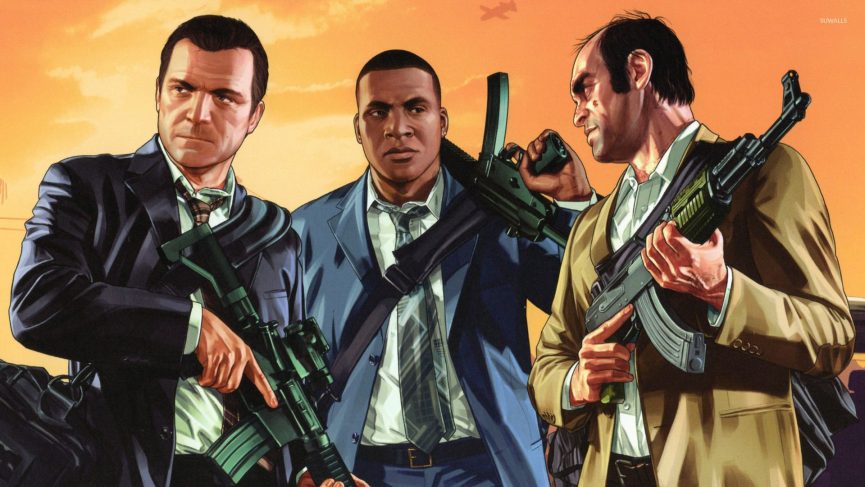 Last weekend I completed the story mode for Grand Theft Auto: V on my Playstation 4 Pro. I had previously completed it on my Xbox 360 more or less as soon as the game was released back in 2013 but wanted to revisit the game. It’s hard to believe that this game is almost 5 years old.

I played the original Grand Theft Auto (GTA) game back in 1997/98 on both the Playstation and PC. One school summer holiday I recall that an extension was being built in the house I lived, the builder thought I was grounded and in some kind of trouble because I was always in my room. The truth is I was not in trouble but, at that time, hooked playing GTA.

For those of you who do not know about the GTA series, within GTA you play a criminal in an open world environment, working for gangs and other organised criminal organisations in order to make money. It’s violent, always 18 rated, and is known to always be pushing the boundaries of censorship levels in the video game industry. There is a film called ‘The Game Changers’ staring Daniel Radcliff and Bill Paxton which is set during the development of a GTA game and is well worth watching.

In GTA: V you play three villans, Franklin Clinton, Michael Townley and Trevor Philips and can usually switch between which one you want to play, each have their own personalities and traits. The open world is the city of Los Santos and is graphically stunning. 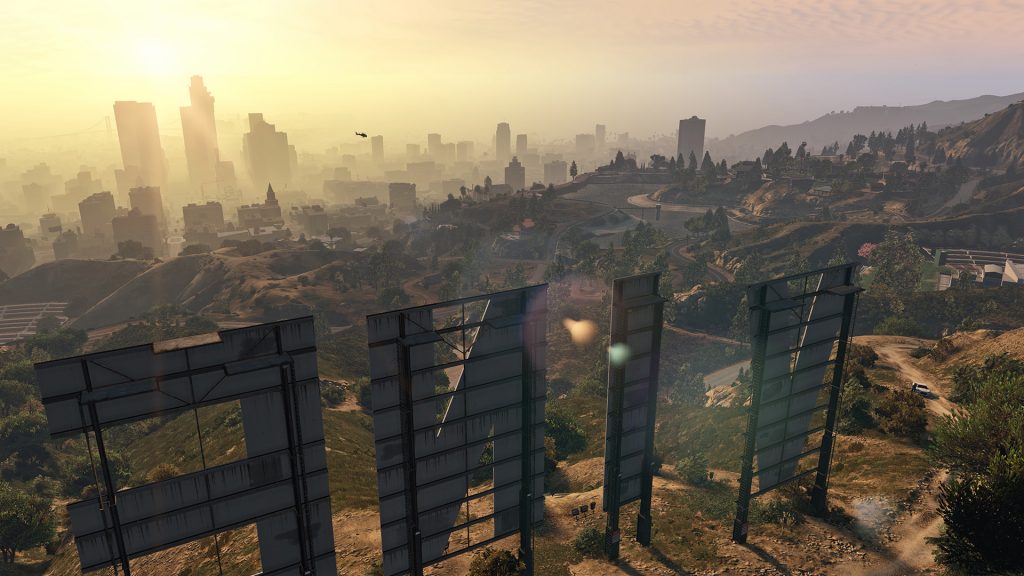 The story in GTA: V, while often juvenile, is incredibly funny. Especially when Lamar Davis is involved who is a friend of Franklin from the start. I think that’s what I have always liked about the GTA series, the mixture of violence and crazy humour.

While the game is not difficult, it has been nice to just start and finish a game. I have been playing so many sandbox and MMORPG (massively multiplayer online role-playing games) games recently that I have almost forgotten how it feels to just sit down and beat a game.

This is the first GTA game which has an online mode, something which has been quite successful for the franchise. I will not however be playing this game online, in part because I want to move on, but also because it doesn’t look particularly fun to me. Unfortunately most of the development for the game since release has been for the online aspect. There is huge potential to expand the single player, story mode of the game, but I guess that’s not what the developer and publisher (Rockstar) wanted to achieve with the game.

With little or no effort, I have obtained 16 Playstation trophies (achievements) by completing the game in story mode. I might spend a few more hours trying to get 1 or 2 more before I move on to my next gaming adventure, but no more.