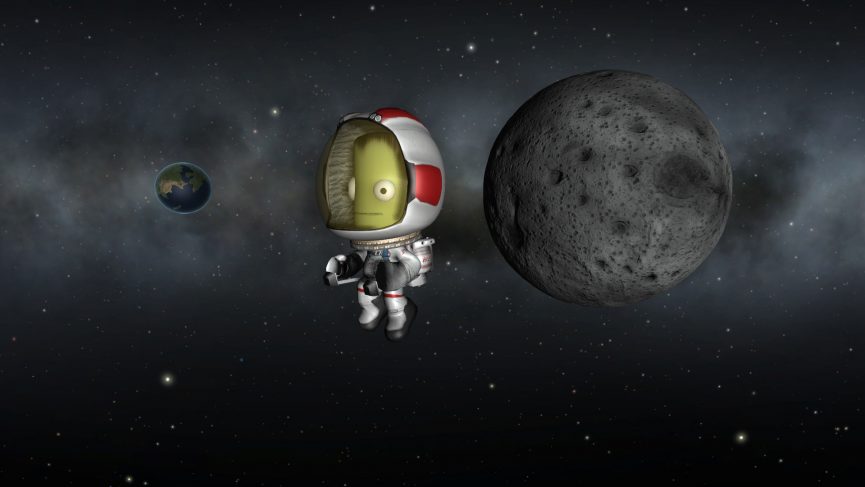 This weekend I have spent more time playing Kerbal Space Program (KSP) and I have made some decent progress.

Somehow I have managed to get a satellite of sorts in orbit of Kerbin (Earth). The mission to get it there was rather sloppy and not much went to plan, but it’s there in an awkward but stable orbit. This was not one of the career mode milestone contracts to keep tabs on my progress, but I am pleased with it all the same. Maybe I can try again and get one in a neater orbit around Kerbin or perhaps even Mun (Moon). 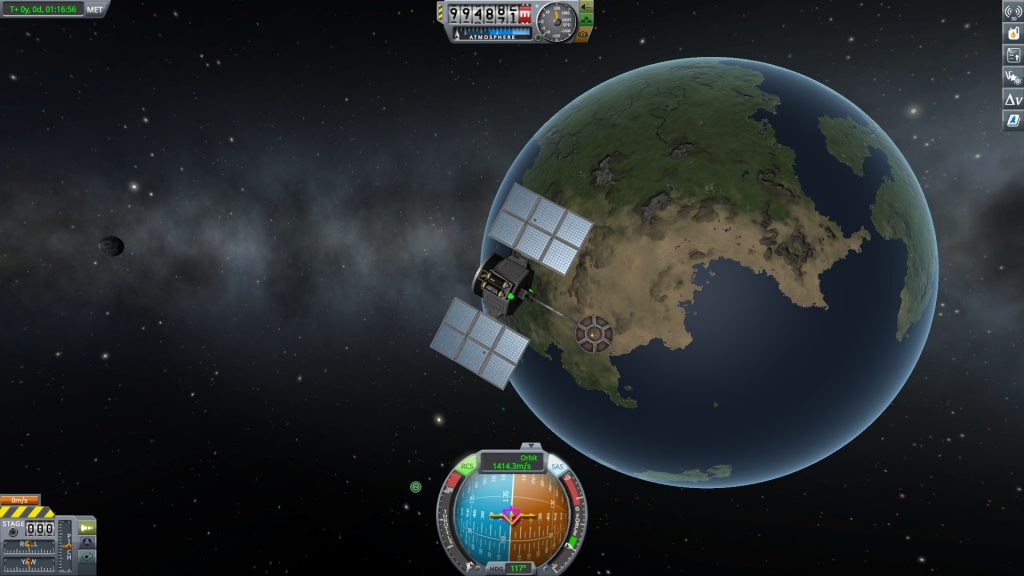 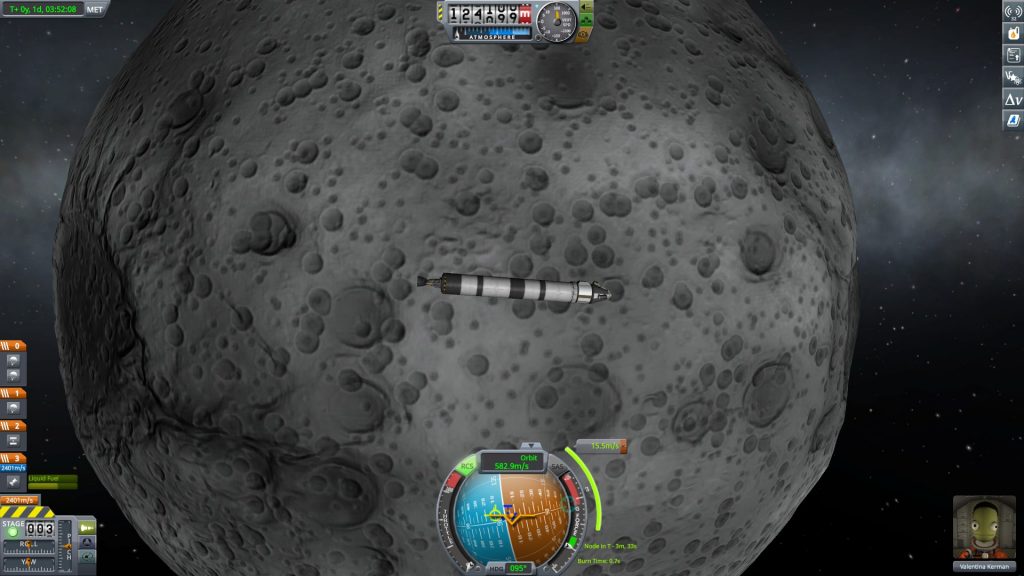 I was about break orbit of Mun and return home to Kerbin but I noticed that I still had a lot of fuel left which meant as the title of this post suggests, I managed to go a little further and do a fly-by of Minmus which I learned is a second moon orbiting Kerbin and is much smaller than Mun. It was harder to intercept but as you can see, I managed quite nicely. 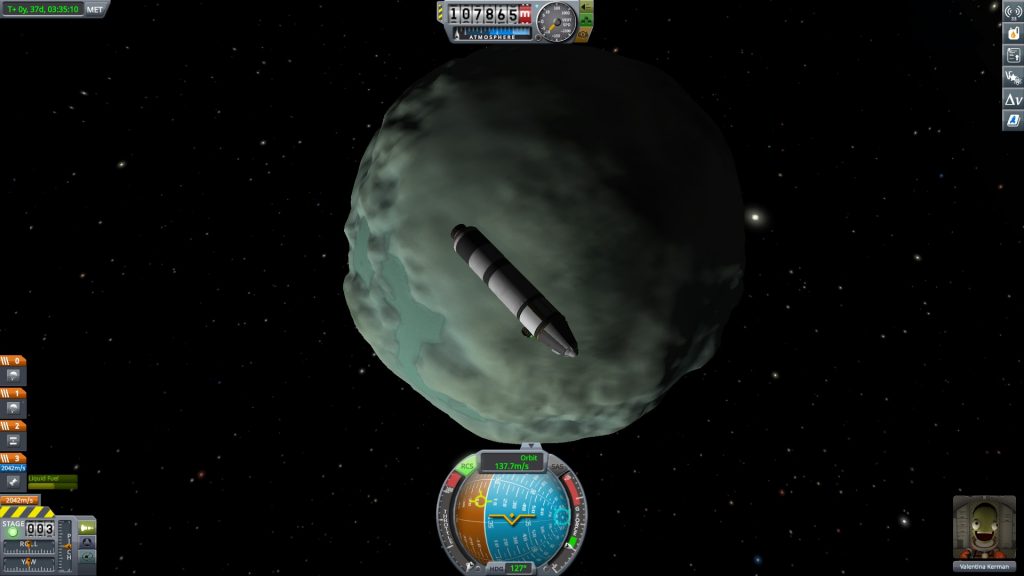 I am not sure how much longer I will be playing KSP, but if I continue to play, perhaps I will try and land on one of these moons or even orbit another planet. I am sure these achievements are simple to many veteran KSP players, but I am really pleased with the progress I am making.