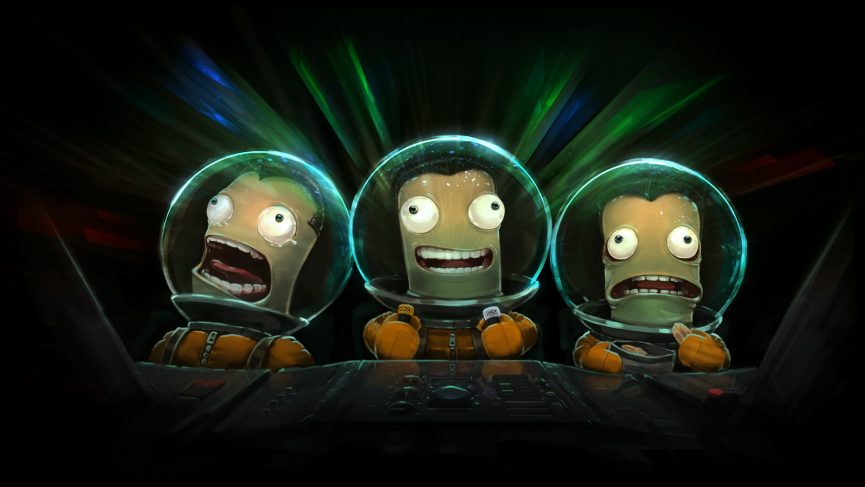 This weekend I have had a lot of fun playing Kerbal Space Program (KSP). For those of you that don’t know, KSP is a space flight orientated sandbox game which was developed and published by indie game company Squad.

While the official release of KSP was in April 2015, like with many indie games there was the option of purchasing the game during the Alpha or Beta phase in order to support the few developers involved in creating the game and to assist with testing and community building. In return players would obtain a large part of the game early, with the promise of having the final product on completion. Players can also potentially influence the direction the game is going and get involved with the games overall development. As such I purchased the game during Alpha in 2012 after a work colleague showed me what it can do on his laptop.

Like with other sandbox games, there really is no limit to what you can achieve. Initially you are encouraged to use parts to construct rockets to see if you can escape the atmosphere of Kerbin (Earth) and return your crew still alive which is quite easy. 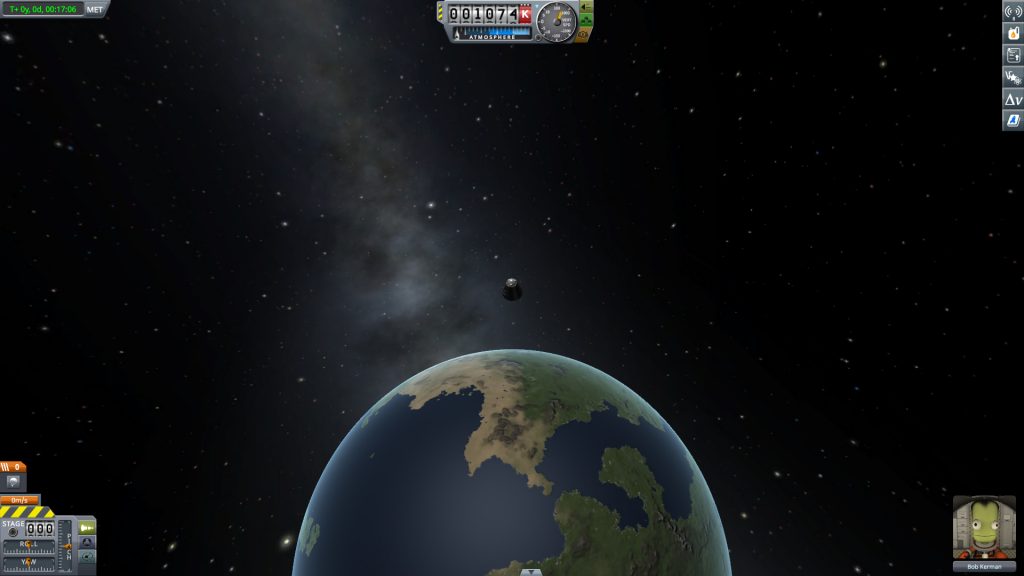 I prefer playing the career option, which allows you to unlock parts a few at a time and encourages you to take small steps to help you with the games steep learning curve. First you will be asked to test individual parts in different conditions and various milestone contracts will help you keep track of your progress. After I managed to escape the atmosphere of Kerbin I was encouraged to take the next step and achieve a stable orbit around Kerbin, which I did. I then worked towards returning to Kerbin after achieving orbit, perform an EVA (Extravehicular activity) in space and was encouraged to do a fly-by of the mun (moon). As I completed tasks I was given resources to unlock parts and abilities which enabled me to more easily complete the next set of tasks which got progressively complex, requiring some creative thinking.

Finally, after several hours, I managed to complete a series of contracts and tests to allow me to fly-by the mun. This is where my career has stopped, at least for the time being. 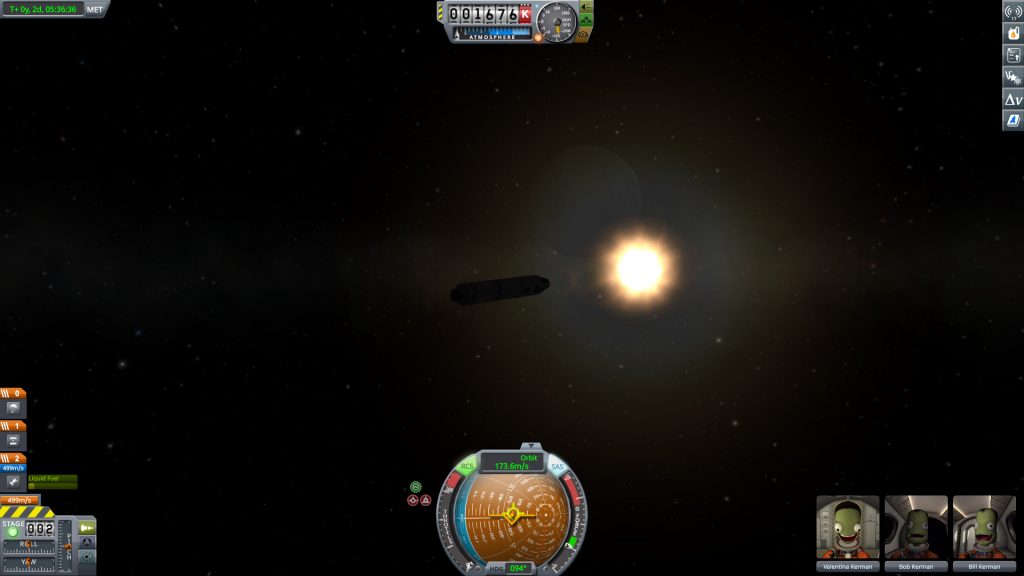 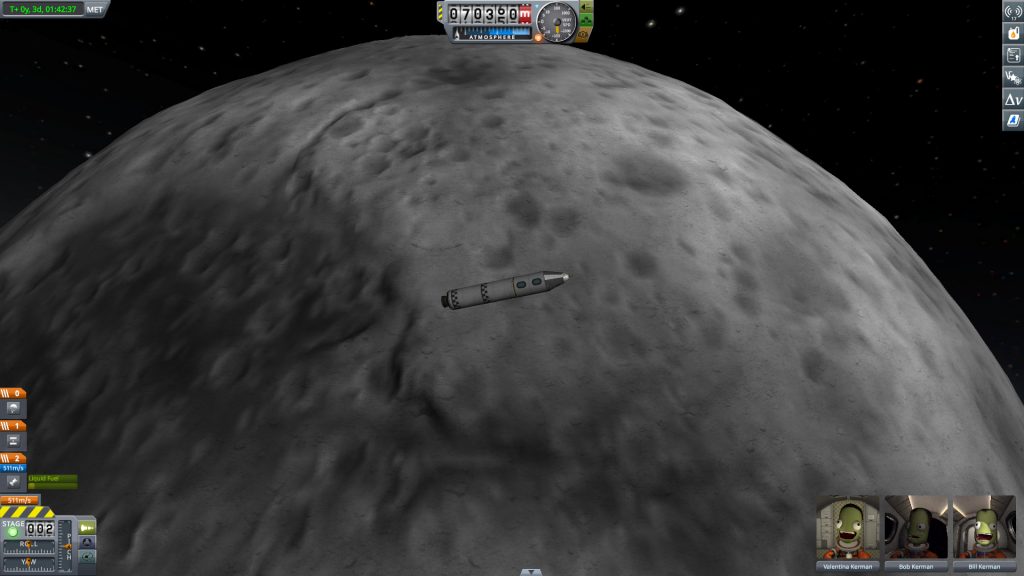 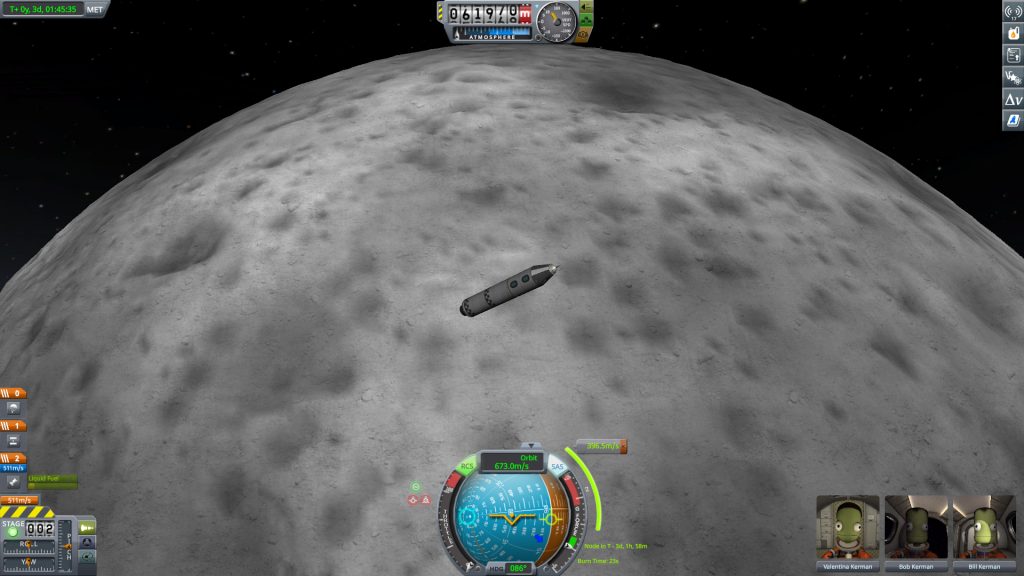 I am rather proud of my weekends achievements in KSP because of the steep rocket science and engineering learning curve the physics of this game demands. As I have already mentioned however, there is no limit to what can be achieved in this game. I seen players visiting and landing on distant planets in the solar system, conduct interesting experiments in space, transport rovers and other vehicles around the solar system, and even create huge space stations in orbit of other planets.