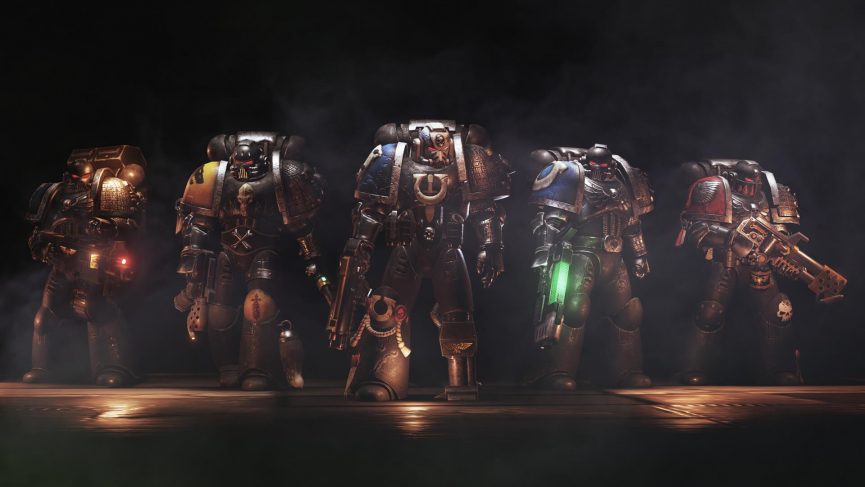 I recently bought Deathwatch, a Warhammer 40,000 turn based strategy game for the Playstation 4 and I have to say, so far, I am not particularly impressed.

Turn based strategy games have been a favourite of mine since playing Front Mission 3 back in 2000/2001 and I have been recently spoilt by XCOM2, both of which are frankly amazing games. Front Mission 3 in particular will be with me forever because of the incredible soundtrack and story.

Deathwatch seems slow and the turns do not flow well, navigating the map is a chore and the ability to customize the space marines is non-existent. You can, to some extent, select which weapon and load out the marines use but beyond that it does not seem like you can do anything. While playing, you obtain cards which unlock marines and items to be used. I would have much preferred to have won points and given a way to spend them on whatever I wanted, recruit my own marines and equipment to better customize my experience.

So far the missions are really easy and boring. I do not see how I could ever lose a mission, also, while it has not happened to me yet, I believe if one my marines were to be killed on a mission, I do not think I would lose it. Instead I would only lose some of the experience that marine has accrued. I see no way to actually lose the campaign or suffer significant consequences which really takes the excitement out of the game.

The game is really quiet and the soundtrack is nearly non-existent which I suppose might be fitting for the space marine Warhammer 40,000 universe, but not something I particularly enjoy.

In fairness, anyone who really likes Warhammer 40,000 will probably like this game for how accurate it is trying to be to fit in the Warhammer universe, but for me, who is not especially a Warhammer fan, I just find the game lacking in features.