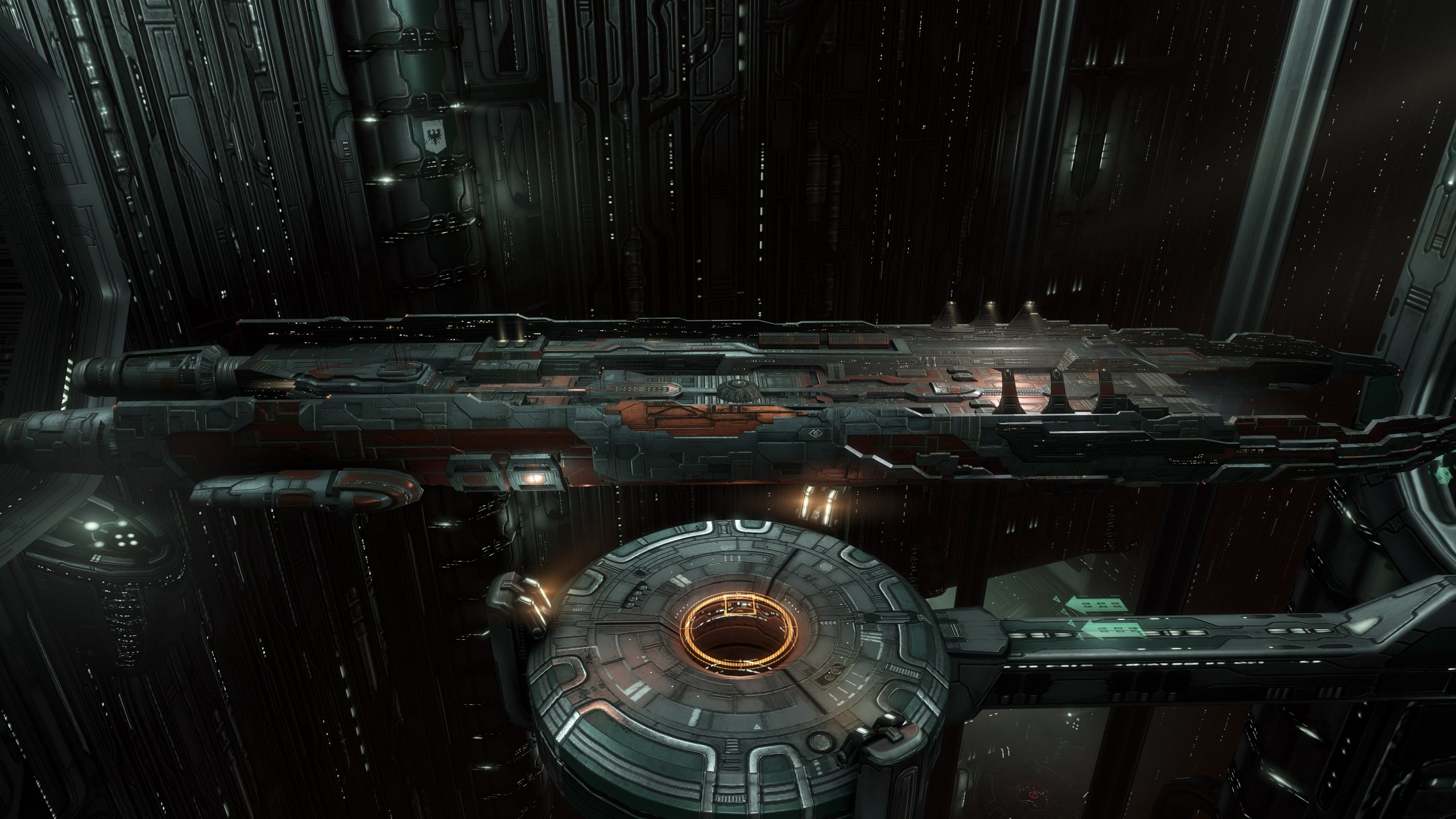 When I started to play EVE Online around 5 years ago, I wanted to fly a carrier. I immediately noticed that miners used drones to protect themselves in asteroid belts, later I found that drones were a good way to deal out damage in order to complete combat sites and missions. I saw that there were drones used for a variety of tasks including salvaging and mining but I also saw there were ‘fighters’. I soon realized that fighters were solely used with carriers and that a carrier was well out of my reach for multiple reasons such as my character lacked the necessary skills and well over a billion ISK (Interstellar Kredits, the in game currency) was needed to buy the ship alone without any fighters or fittings.

Now my character has the funds and skills to pilot some carriers and operate the fittings. I have bought an Archon and have organized some fittings for it. The remaining issue is that carriers (and most other capital ships) can not be used in high security space, so there will always be a high risk of other players wanting to engage in PvP (Player vs Player), something I have avoided as much as possible. I have however successfully completed a small number of test flights out of a station in low security space.

The purpose of these test flights is to give me an opportunity to learn how to operate the carrier’s fighters and fittings. It’s also an opportunity for me to do what I always wanted in small doses in relative safety from other players looking for a nice kill. The problem I face now is that there really isn’t much more I can do without high risk of losing my carrier. If I were part of a large corporation or alliance it would be possible to safely use my carrier, but, since I play alone, test flights is about all I can achieve. Even when undocking for 7 – 10 minutes to do my ‘test flight’ I have seen a growing amount of activity, indicating that I will always need to be extra careful.

For now, I am satisfied to simply have a carrier which I can fly and I will mostly likely work towards improving it by upgrading and revising the fittings and fighters I have for it. I will also be looking to increase my collection of capital ships, perhaps with a dreadnaught or a different carrier, I am not sure yet.