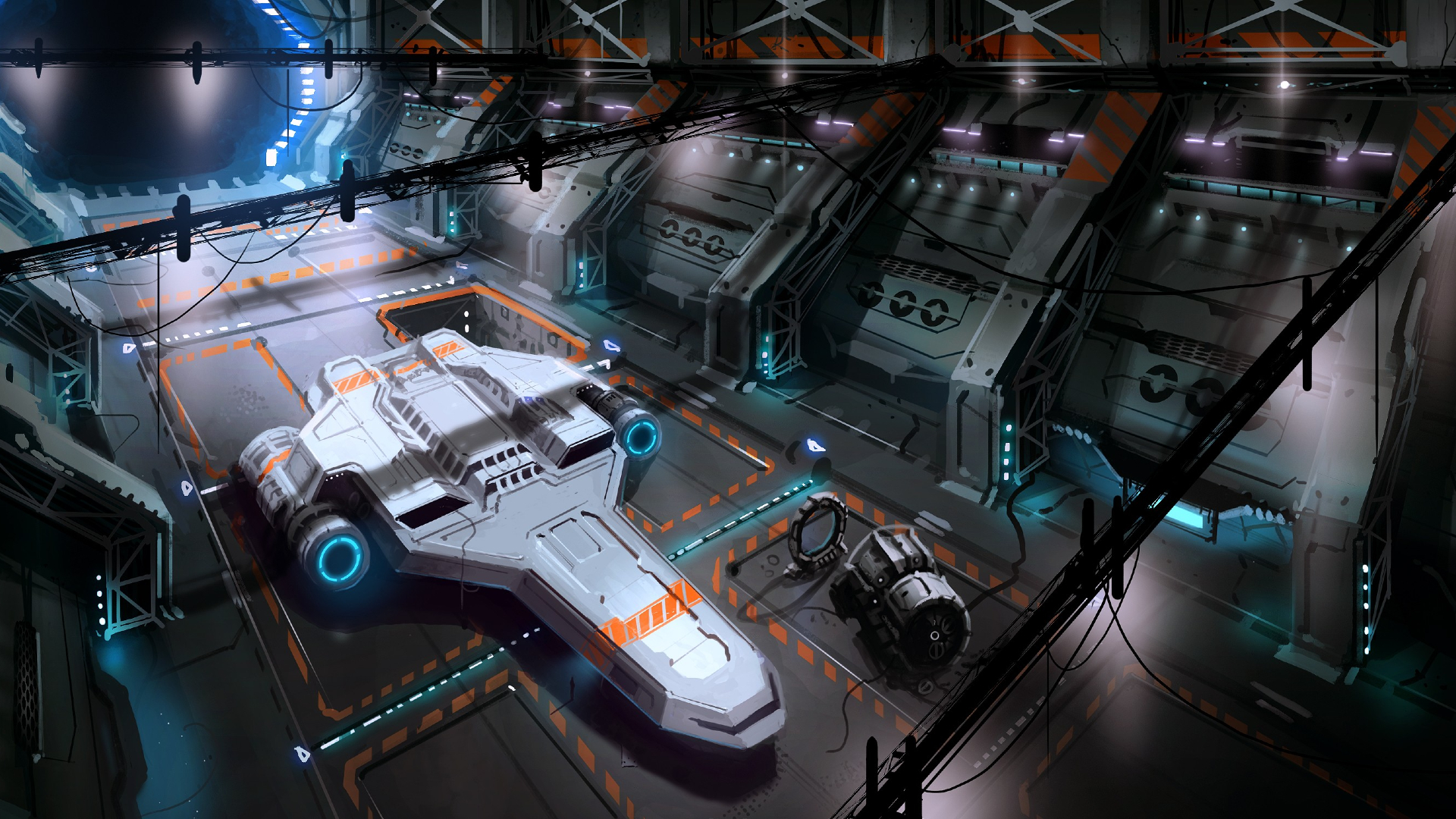 Over the past few days I have re-visited a fairly old game, FTL: Faster Than Light. First released in 2012, FTL: Faster Than Light is a top-down real-time strategy ‘roguelike‘ game developed by indie developer Subset Games. I first played FTL back in 2012 and remember it being an excellent game, since then the game has been developed further to include new ships, more stats, an achievement system and an ‘advanced’ play mode which includes new features such as mind control and hacking among other things.

The idea of FTL is simply to use your ship’s FTL drive to jump between nodes, deal with random encounters and fight off enemy ships. If you’re lucky you will gain ship resources, weapons, even additional crew members to improve your chances of reaching the exit of the ‘sector’ before the enemy rebel fleet catch you. Once your ship reaches sector 8, your ship will need to be fully equipped and upgraded because you will engage the rebel mother ship which will end the game in victory or defeat. 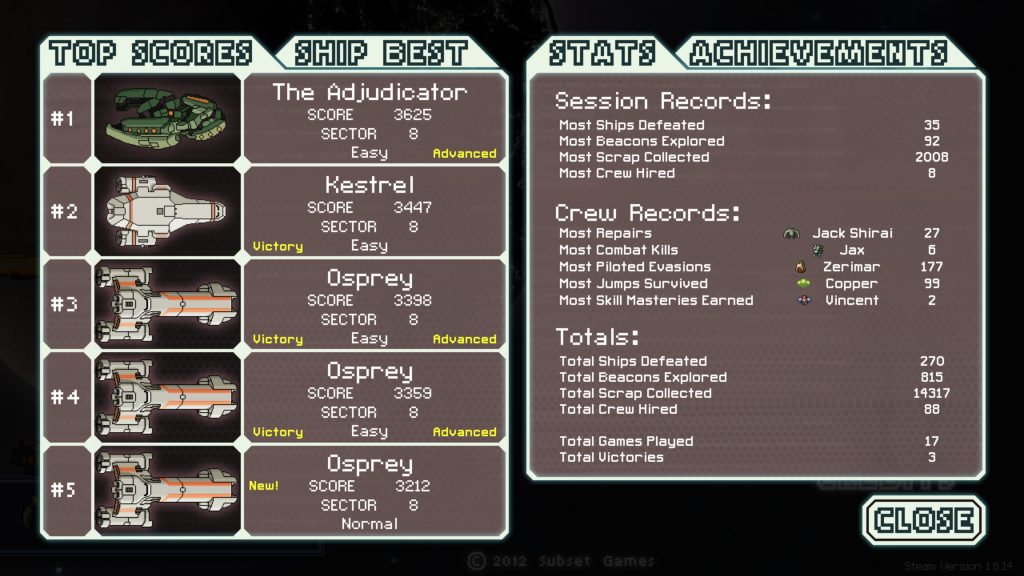 FTL: Faster Than Light is actually a pretty hard game, I have yet to beat it on the ‘normal’ difficulty setting, although as you can see from the stats above, I have been able to beat it on the easy ‘advanced’ setting a few times. Because I have so far failed to complete it on ‘normal’ however, I will not add it to my list of completed games until I do.

So far, for the grand total of £1.74 (Steam sale), FTL has given me over 27 hours of game play, which would have been much more if I didn’t already know the game from 8+ years ago. It really goes to show that you don’t need to spend much money to game, the best part is you don’t need a gaming rig or even an internet connection to play FTL (once downloaded). If your computer is capable of letting you read this blog post, it’s capable of running FTL.