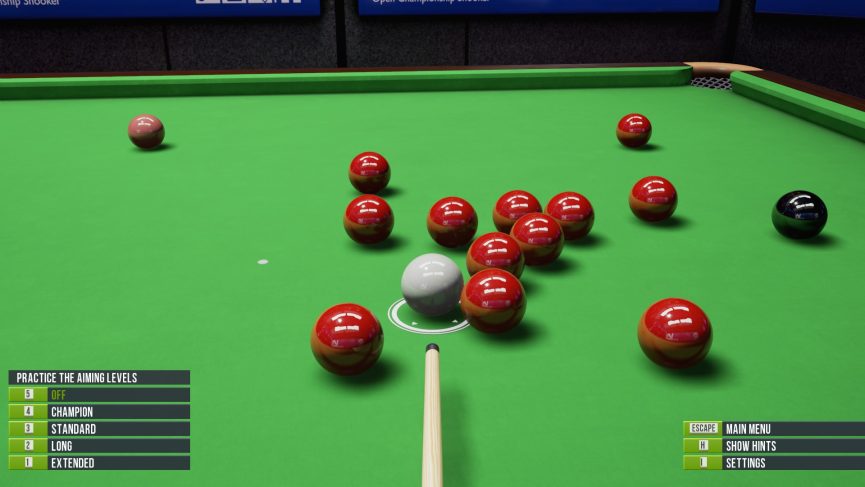 Unsurprisingly I have played another game of Snooker Nation with my good friend Jason this week.

We played a best of 9 which I won 5 frames to 1 which is also slightly unsurprising because I do not believe Jason has ever won a best of 9. For an atheist (myself) and an agnostic (Jason) it’s kind of odd how we jokingly have this superstition, it’s also odd that when Jason wins the first frame of a match he usually loses.

There were no century breaks this week unfortunately, actually I think we both played quite a scrappy game, we have both certainly played better. I did however get very tilted in the second frame. I thought, wrongly, that I ran out of position and I could not pot any of the three reds left on the table. Jason said that one of the reds did actually pot and could squeeze past the brown which was tucked in the corner of a pocket. I disagreed to the point that I played a safety leaving that shot on if he wanted to play it, knowing full well he would miss if he tried. He did try it but it did pot. I almost lost my mind and got really tilted.

There were two or three other instances this match where I thought a ball would pass another to a pocket but it didn’t. There was also another shot where I voiced profusely that a red would not pass the pack and cut into a pocket. Jason played it and it did pass and pot. Each time this happened I got more and more tilted.

It seems strange to get tilted by such a game. No other game that I play get’s me tilted like Snooker Nation and I don’t know why. I even resorted to blaming the Unreal Engine physics for getting it wrong, quite stupid really.