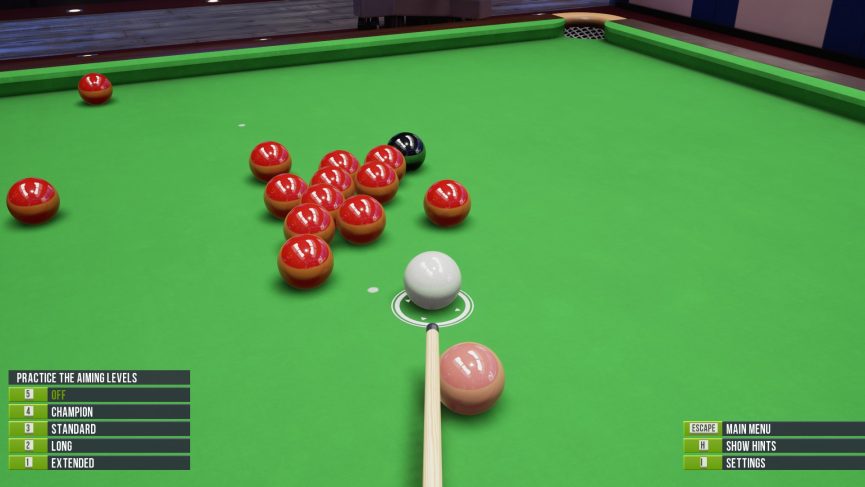 Jason and I settled down to another game of Snooker Nation and I managed to win 5 frames to 3 in a best of 9. To be fair on Jason, he did say before we started that he had not been sleeping well and was tired. I played pretty well considering I have been fairly sick, I think it must have been the co-codamol I have been taking, I can see why the stuff is addictive.

There were two century breaks this week, 115 in the second frame and 135 in the 3rd frame, both of which I scored. I am really happy with the 135 break, I think my record is 137. I was on track to score a 3rd century in the 8th and final frame but but unfortunately failed to free up two reds which were tight on the black.

It is good to start 2019 with a Snooker Nation victory, the first of many I hope. I would estimate that Jason and I are equal in this game and that he wins about half of the time, including two embarrassing whitewash instances. Hopefully we will find something else to our liking as the year progresses as we certainly have got our monies worth out of Snooker Nation, that’s for sure.